The compilation album of the year has arrived!
THE UK SOUL CHART ALBUM  has been compiled by DSG's Gary Van den Bussche, the CD has some of the finest Soul tracks of the year from The UK Soul Chart all on one CD. The tracks on the CD have all been re-mastered for your listening pleasure. 19 Modern Soul gems including unreleased tracks and mixes, the CD will only have one limited edition pressing! 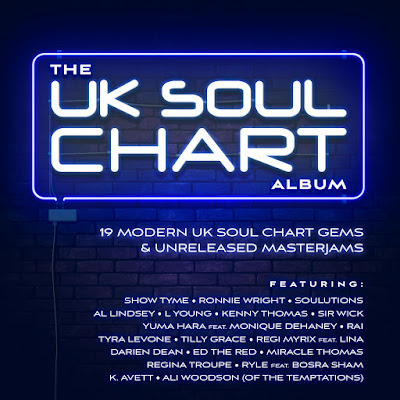 For some time now I have had the idea of compiling a UK Soul Chart CD, in the same way, that we would have once collected the Motown Chartbusters or Top of the Pops (non-original artists) albums back in the day (now I'm showing my age). So I approached Carl Barrington Webster who had also had the same idea but had put it on the backburner as he was busy.
In the UK, unlike many other countries, we have a UK soul scene and call it ‘Soul’, Americans now refer to it as R&B but they include rap etc into the genre. We are still very proud of our soul scene and respect the artists (old and new) who continue to record soul music. Many a soul legend has passed, including most recently our ‘Queen of Soul’ Aretha Franklin, so it's our duty to keep soul music alive!  The artists now recording Soul music have to live from touring and selling merchandise as due to streaming their revenue from music sales has vanished. It would be so great if respected organisations like The Grammy's and such like would bring back a Soul category to their awards so the artists of today could gain the RESPECT they have soulfully earnt, how otherwise are we going to move Soul Music forward without new artists?

In this world, like it is now we might have never have had such icons as Stevie Wonder, Marvin Gaye,.Michael Jackson, George Benson, Earth Wind & Fire, Otis Redding, Motown Records if they never received mainstream airplay or acknowledgment of their work. I feel today there are many talented Soul singers that we need to expose to a much bigger world than just our little marketplace that many don't even know exists and by such ignore. It's up to us to spread the word Soul Music is very much alive and with help, it can be reborn.

Every week Carl and his Starpoint Radio team compile the official 'The UK Soul Chart' of which many of the featured artists on this CD have appeared. The chart airs UK Time Sunday 4-6 pm & repeated on Monday evening between 5-7 pm (UK Time). 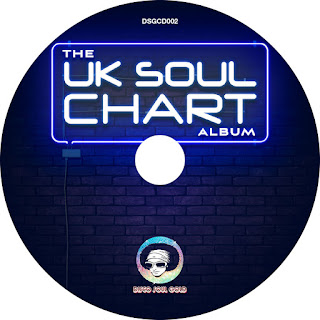 The Radio DJ's have said...

John Leech (BBC) - Indie soul is sounding good and every track on UK Soul Chart is a winner. A sumptuous collection of new, unreleased and rarities. A must album!
Paul Miller (BBC) This Is A Great Compilation will receive lots of love from me.
Gary Spence(Solar Radio) Album Of The Week - What a fantastic tracklisting one of those albums
you can leave on and just let play!
Bigger (Mi-Soul, Blues & Soul) There have been some great Compilations & this has to be one of the best, In all honesty, I don't think I Skipped a track! Especially Love Miracle Thomas, Ryle, Regina Troupe, Ronnie Wright, Darien Dean & That Ed The Red must be his best ever.
JOEY COYNE (Starpoint Radio)
Wow, This must rate as one of the finest complications of the last few years.In the words of Errol brown......Everyone's A WINNER!!!
With many thanks for your support.
Gary Van den Bussche 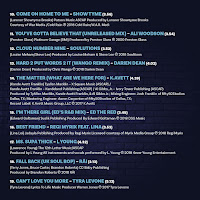 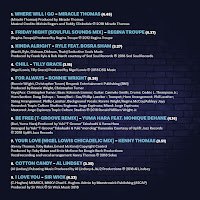